“Here’s the plain truth, at least as it has been shown to me: We are never far from wonders. I remember when my son was about two, we were walking in the woods one November morning. We were along a ridge, looking down at a forest in the valley below, where a cold haze seemed to hug the forest floor. I kept trying to get my oblivious two-year-old to appreciate the landscape. At one point, I picked him up and pointed out toward the horizon and said, “Look at that, Henry, just look at it!” And he said, “Weaf!” I said, “What?” And again he said, “Weaf,” and then reached out and grabbed a single brown oak leaf from the little tree next to us.

I wanted to explain to him that you can see a brown oak leaf anywhere in the eastern United States in November, that nothing in the forest was less interesting. But after watching him look at it, I began to look as well, and I soon realized it wasn’t just a brown leaf. Its veins spidered out red and orange and yellow in a pattern too complex for my brain to synthesize, and the more I looked at that leaf with Henry, the more I was compelled into an aesthetic contemplation I neither understood nor desired, face-to-face with something commensurate to my capacity for wonder.

Marveling at the perfection of that leaf, I was reminded that aesthetic beauty is as much about how and whether you look as what you see. From the quark to the supernova, the wonders do not cease. It is our attentiveness that is in short supply, our ability and willingness to do the work that awe requires.” 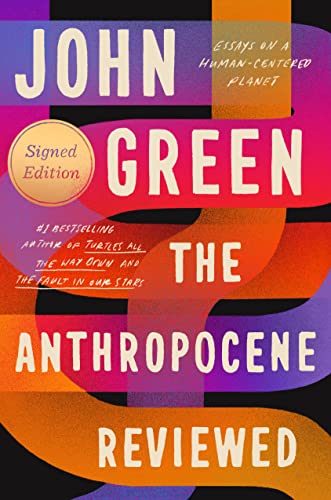 The Anthropocene Reviewed (Signed Edition): Essays on a Human-Centered Planet

Photo of brown leaves in Dracut, Massachusetts on Unsplash